These days, I am trying to make small videos for my Sai friends because it makes me also to remember Sai’s greatness and his holy stories.

Last night I went to Nagasai Mandir in Coimbatore and felt blissful. Every Wednesday, I used to climb on terrace and offer garland to Saibaba statues on terrace. Recently, they have painted these statues and it looks awesome. I don’t like the way we decorate Saibaba inside temple these days. I like to see Sai as he really lived in Shirdi.

So the Statues on terrace of Nagasai Mandir makes me feel Sai the way he lived in Shirdi. I love the colorful painting and it takes me back to ancient times when Sai lived.

I was staring at Sai standing outside temple for a while. Then, I did meditation during Shej Aarti. I was little bored in temple too. That’s when I made a video with a small story about how other saints during Sai’s lifetime had a great opinion about him.

Most ancient saints had high respect on Shirdi Saibaba.

This is because Sai is both Samartha and Sadhguru.

Samartha is the actually when God incarnated on Earth for the sake of people. So they are actually God walking on Earth.

Sadhguru is a ordinary man born to his Mother and Father. Later, due to self – realization and God’s grace on them, they become saintly.

Sai alone has this combination of both Samartha and Sadhguru.

At times, Sai used to say that he used to live in a particular village. That his mother was rejoicing his birth etc.

But Saibaba never revealed a word about his childhood or his parents. Atleast not in clear terms.

On other occasion Saibaba used to express his ability to control human mind, dangerous events in his devotees life and even Nature used to listen to his words.

If the fire in the Dhuni raises high, Sai takes his little Satka and beats it on floor of Dwarakamai, commanding the fire to go down. As if the Fire God listened to it, the fire gradually gets down.

Such is the power of Sai which proves that he’s an incarnation of God.

Sai certainly is a avatar of Lord Dattatreya.

Beyond this, Sai is Hanuman incarnate. He is a perfect celibate and pure. Sai can sleep with so much discipline that he used to have 4 lamps lit around him while he slept on a wooden plank hung in Dwarakamai.

Such discipline and purity of Sai Baba impressed every other ancient saints. So you should be proud of having a true, beautiful and pure Guru like Sai Baba of Shirdi.

My Diwali message – Sai is always there

Right from the year my Sister went to Germany for her Ph.d, I stopped bursting crackers at home. That’s almost 18 years back.

This year, my friends at work forced me to get some and I had to burst infront of home. I was concerned about birds staying in the tree adjacent to our home but thankfully, they had already left.

My Father was standing close the the crackers and I had to scold him for that. There’s not a festival at home when you don’t argue with your parents. I believe it happens in every other home.

As I get old, I am trying to wonder if I am for real. Why Saibaba started showing me dreams. How those dreams helped me. How some dreams honestly confused me?

Sometimes, its hurting but overall I have only been taken care and benefited by Sai dreams. 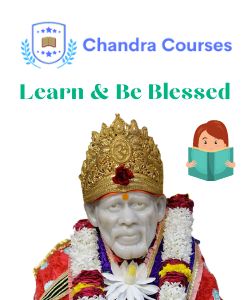