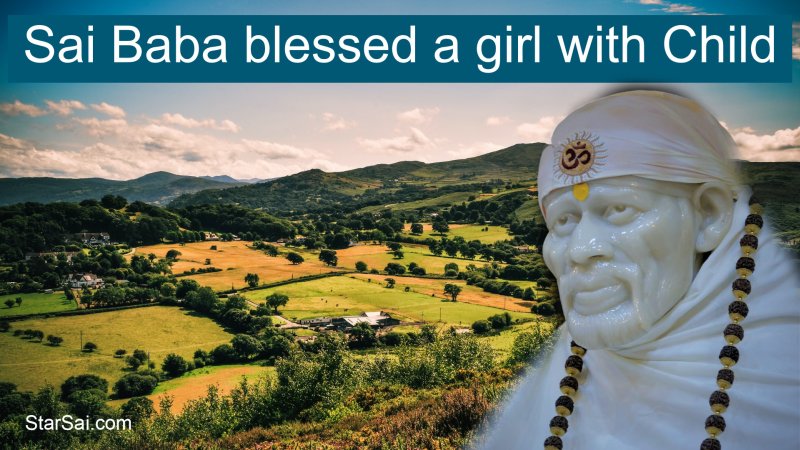 This is an imaginary story that happened in 1861. Niranjan and Nirupama are Husband and wife who lived in a village called Tirthpuri in Beed District, Maharashtra.

They were married at an early age but they could not have a child for over 6-7 years. The wife was really pained as the people in the village and some relatives used to hurt her that she could not even have a baby.

Those days, it’s common for men to marry another woman if their wife could not have a child. But Niranjan loved his wife dearly and he being a devotee of Lord Dattatreya and Lord Shiva believed that he will be blessed with a child from his wife. Once, when his wife was really pained at night, Niranjan prayed Lord Datta for a solution and slept.

That night, he had a dream to do a specific pooja.

He saw a poor fakir asking him to offer water to Lord Dattatreya, chant any mantra of Datta and have it as prasad.

The next morning, Niranjan happily tells his dream to his wife. They both were excited and offers water and reads Guru Charitra about Saint Narasimha Saraswati. Then, they have the water as prasad.

Within a month, Nirupama gets conceived and she was happy. Niranjan was also happy but he kept wondering who that poor fakir was who appeared in dream.

A few days later, Niranjan goes to Ahmed Nagar to meet his friend Ashok Patil. Ashok is a kind man but he had some problems. He just learned that there’s a poor fakir in Shirdi who could solve his problem.

They get down their Tonga in Shirdi village and starts to walk. They ask a Villager is there’s a fakir in their village. The villager says that there’s a mad fakir in the masjid.

They both walk to the masjid. As soon as they reach Masjid, Niranjan was surprised that the old man and fakir he saw in dream was similar to this poor fakir in Masjid. The only difference was this fakir was young.

They both bow to Sai Baba. Baba immediately asks Niranjan

Niranjan was shocked as he never told Sai that he was childless for 7 years and now his wife is conceived.

They both go back from Shirdi with contentment.

Nirupama was surprised to know about Sai Baba and she aspires to have darshan of him after the baby was born.

Soon, they were blessed with a Baby girl. After few weeks, they arrange a Bullock cart and go to Shirdi.

Finally, they reached Shirdi and walk to Masjid.

Baba was sitting there with a smile.

Nirupama and Niranjan offered the Baby girl in his holy feet. She had made beautiful Jasmine Garland for Sai Baba which she offered. Their only desire was that the poor fakir should name their child.

Sai blessed them and named the baby girl as Poorvaja.

Those days, there were no lodgings to stay in Shirdi. So a villager in Shirdi offers them space to stay in their home for 2 days. Those people in that house also loved Baba and they shared some miracles the poor fakir did to them. They did not sleep all night and were chatting about Baba and his leelas.

Those were the days when Baba was not popular and none knew the world will come to see him. People just assumed he will be just another saint.

The next morning, they again get blessings from Baba and started back to their village.

I will try to write more such stories because I love to live back in time.