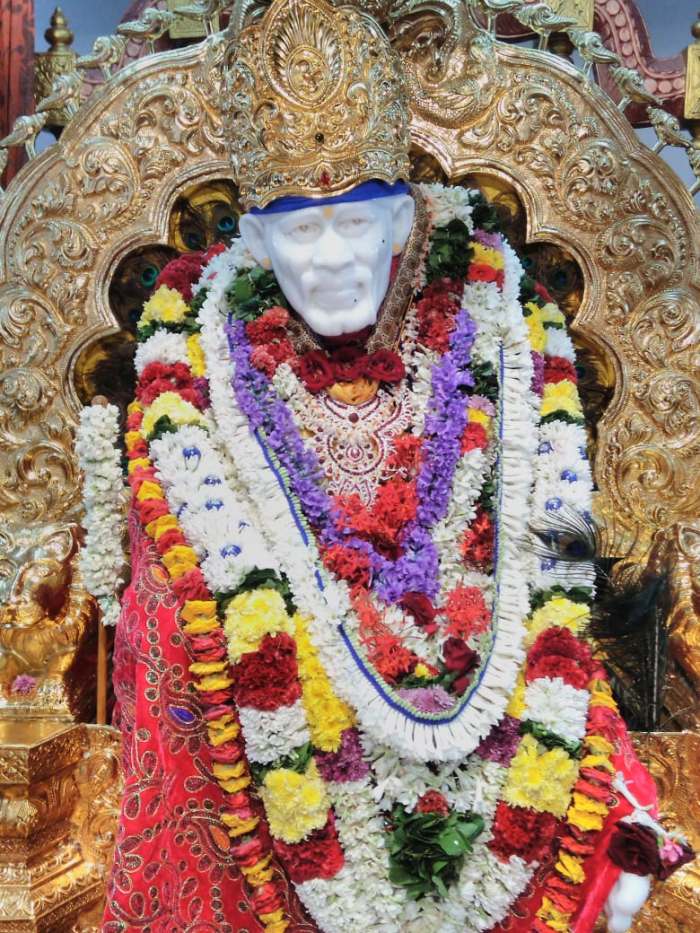 My Sai friend Swati sent the below write-up. I asked her to remind me if I did not publish it. So yesterday she again reminded me. Here’s here write up…

Great to see Star Sai acting as an amazing source of strength in an individual’s life. Given below is an article written by me.

Sai, the secret of devotion

The most beautiful aspect of an individual life is his innocence and purity.

Everyone needs a guide or a mentor throughout his/her life. And the perfect guide is none other than our baba. The malik, the all mighty is the ultimate source of strength.When an individual stands beneath the ray of sun, scattered through the canopies of the forest, the power and strength she undergoes cannot be described.

His blessings, his magic, his power cannot be explained, but experienced.

The world is controlled by him.Your hard work, confidence, self believe will be accompanied by his blessings and strong faith in him.
Never go to him with a wish or desire to be fulfilled. You do your duty as a devotee. The magic lies behind selfless devotion.

Your love for him is all that matters. He will be your friend/father/brother/guidance and everything.

Under him, your spiritual intellect will know no bounds. Believe in yourself. And sky will be the limit.
Surround yourself with his love, devotion, faith and trust. And what you will experience will be beyond success.

Hope you liked it.

My Father has habit of waking up early and going to temple all through this month of December. The pooja place in our home is in my room. So he woke me up early and asked me to sleep in my Ma’s room. I went there, hugged Sai’s book and slept off.

I got 2 vivid dreams.

1.In the first dream, I saw lots of Viboodhi ( Sacred ashes) kept all over my house. Unknowingly, I keep my leg on it and realize its all sacred ashes. I tell my Dad why he did not inform me that he’s going to bring so much of sacred ashes inside our house. I see 3-4 big packets filled with sacred ashes.

2.The second dream was very strange. I saw one of this senior employee at work walking into your house. There’s a new LED TV in our house and he’s giving cable connection ( he he). He justifies my parents that its Rs.724 per month. (Exactly, the same way, he justifies AMC or any pricing issues to clients..This was funny)

My parents keep walking back and he keeps coming infront trying to convince them. My parents never say anything as they can’t deny him.

I woke up and wondered why I got this dream?

One of my friend was telling me he’s stressed because he built the company and had to accept a lower profile. But I won’t agree with this because he should have been confident and fought for his rights. Who asked him to giveup? This is the problem when you never take big risk in business.

If you think, things will go smooth and this is enough for me, someone else will eat you up.

When building a company, its important to take measured risk, believe in your people and empower them giving better responsibilities.

If not, obviously, you will be sidelined by someone else or your competitor.

Anyway, I don’t know how to interpret this dream because he never spoke to me after I came back from the U.S. He was treating employees well earlier but I don’t know what he’s up-to now. The other day, I heard one of this guy was terminated but they asked him to collect relieving letter after 3 month.

I did not like such misuse of authority. If you don’t need someone in your company, let them go with peace of mind. Do not torture them.

I hope he doesn’t force his stress onto other employees and its better if he leaves the job rather than complaining that he’s in a lower position. It will only hurt his health.

One of the reason I respect him is because in 2017, when an idiot created issues against me, he asked her to give data to prove that I committed something wrong. She was blinking as she only made up stories. So he asked her to go and mind her business.

When he was a data driven manager when it comes to small issues, I wonder how he let go of the company he built to someone else.

What’s the moral of the story?

If you deserve something and if you have worked hard to build something, make sure you don’t loose it for others to take-up from you. Have faith in your people and lead the team on your own.

I don’t know how long Sai wants me to work here. I am waiting for Sai’s guidance because I don’t see a better alternative in Coimbatore. An organization which doesn’t know the meaning of “Employee experience” has never survived for long.