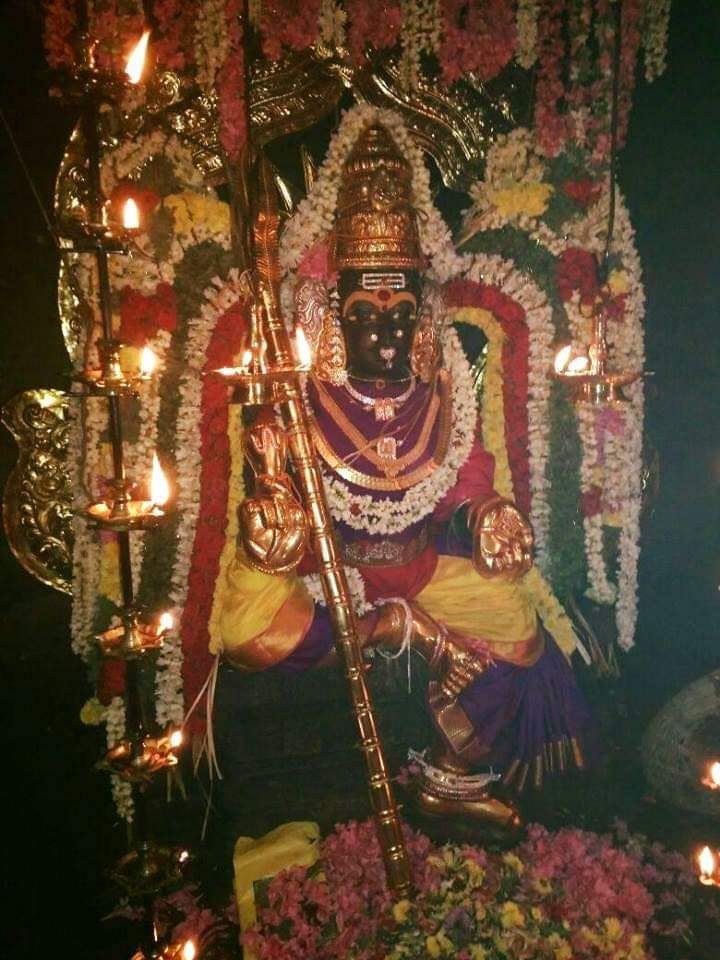 Shirdi Sai Baba is a very peculiar saint. From 2004, you would have observed that I had wrote about Goddess I love than Sai himself in StarSai. That’s because of a peculiar nature of Sai.

Sai inspires us to worship the Gods or Goddess we love and he likes it when we show devotion on them.

On several occasions, Sai has blessed me with a dream to worship a specific Goddess I love.

From April 2020, we were going through an issue related to our Grand Father’s property. Some men whom my Aunt had rented out few rooms were not vacating and demanding money. They were like rowdies and hence my Mom doesn’t want to be involved in the issue.

Sai previously blessed me with a dream that they all will get scared of me and run away. So I was confident.

It was as if I am in a very old home and it was early in the morning. I could even feel the mist around me. I am reciting Lalitha Sahasranamam by heart in the dream.

I also noticed that there’s a spider building web in the old house in which I was sitting. The best part was, I am reciting the whole Lalitha Sahasranamam sloka by heart as if I have practiced it for several years.

I struggled first few days when I started reciting the sloka. Inbetween, I couldn’t read it for few days.

How Saibaba motivates me to never give up on reciting Lalitha Sahasranamam?

If Sai tells me something, I will surely try to follow that. But Lalitha Sahasranamam as a archana form is easy to read. Which is, every name will be recited along with Om in the beginning and Namaha in the end. Probably, in 2009, that’s what I would have done by doing Kumkum archana to Mahalakshmi and Sai statue in our house.

This time in 2020, reciting Lalitha Sahasranamam as a sloka form was not at all easy for me. I struggled a lot.

Somehow, its surprising that in July 2020 when I write this, seems the Goddess has inspired many devotees to make videos on YouTube and help them recite Sri Lalitha Sahasranamam.

The past 2 weeks, day and night, I listen to speeches and lectures given by few devotees about Lalitha Sahasranamam and also recite it atleast twice every week.

Finally, I found a video in which there was Tamil lyrics of Lalitha Sahasranamam and hence, I played it and recited together. This was much easier than reciting using books alone as I can’t understand few words in Tamil.

My days and nights are filled with the holy Mother Sri Lalithambigai for the past few days. I hope it remains the same for lifetime.

So why Sai Baba inspires me to read Lalitha Sahasranamam?

Many people who are not Sai devotees assume that Sai devotion is not right and worshiping him alone won’t be fruitful. Secondly, they might also assume that when worshiping Shirdi Saibaba, we might eventually reduce our devotion on other Gods and Goddess.

Sai has proved me through several dreams and experiences that he only will encourage a devotee to worship Gods and Goddess he loves and those worshiped by his ancestors.

I have wrote this several times earlier but for the benefit of devotees I have to write this again.

I will give you a small example:

Once a devotee came to Sai Baba seeking his blessings as he was going through lots of sufferings and difficulties in his life. Sai told him to worship a God which was like a stone which his ancestors were following.

Sai has also encouraged his devotee Shama to go on a pilgrimage to Saptashrungi devi who is a form of Goddess Durga.

There’s a portrait of Sai Baba in our parents room. Five years back, I suddenly had a dream as if I see Goddess Lalithambigai instead of Sai Baba in that photograph.

That’s when I realized all good saints in India like Sai, Maha periyava, Ramana Maharishi and Sri Ramakrishna has Goddess Lalithambigai dwell in them because of their purity.

I am still not good at reciting Lalitha Sahasranamam but one good thing I am doing is to try to learn the meanings of each holy name of the sloka. It seems the sloka is so powerful that every single word in the sloka is a Devi herself and has a specific power to it.

It is auspicious to worship Lalithambiga with a Sri Chakram but I won’t want to buy it. I read that we should not do pooja for Sri Chakram without getting Sri Vidya mantra upadesh from a Guru.

To be honest, I won’t take effort to get such upadesh etc. This is because, my Guru is Sai and he inspired me to recite Lalitha Sahasranamam. I am happy with this. I may not be able to fluently recite the slokas but I am happy that I am doing my best to practice.

I request devotees reading this to listen to Sri Lalitha Sahasranamam with pure thoughts and deeds. This will bring them all auspiciousness in their life. If you email me, I shall send you few links to mp3 or you can choose so many videos available online.

Here is the lyrics of Sri Lalitha Sahasranamam. It is surprising that I learnt about this sacred sloka back in 2009 and have been reciting it once in a while until now but only in 2020, Sai blessed me with a dream to recite Lalitha Sahasranamam regularly and take refuge in the holy feet of Mother Sri Lalithambigai.

Sri Lalitha Sahasranamam is a discourse between Saint Hayagriva and sage Agasthiar. Only after Agasthiar asked Hayagrivar to help him learn the 1000 holy names of Goddess Lalithambigai Hayagrivar came forward to give him upadesh. These 1000 holy names were uttered by 8 vag devis who emerged from the Goddess herself.

Lalitha Sahasranamam is also known as Lalitha Rahasyanamam which means, these holy names are very sacred and hence supposed to be kept as secret. The Mother Lalitha for the welfare of her devotees allowed these names to be known by humans.

So kindly do not share this with people who do not follow pure lifestyle. It’s advisable to have only Vegetarian food when you recite this sacred sloka.

Now, try to read it as you listen to any videos of Mp3 of Lalitha Sahasranamam.

Email me if you want mp3 of Lalitha Sahasranamam.

Kindly have a look at the video I made about this devotees experience.

Hope you like this beautiful experience of how Shirdi Sai Baba inspired me to recite Lalitha Sahasranamam friends.

Keep trusting Mother Godesss Lalithambigai and ever remember her. The only qualification you need to worship her is to have pure thoughts and do only good deeds.

Your life will be good.

Note: All the photographs of Goddess Lalithambigai used in this blog were sent by some of my Sai friends. The Lalithambigia temple Gopuram in Thirumeeyachur was taken by me in 2009. It was a blissful day when my parents, Aunt and uncle went there one fine evening.