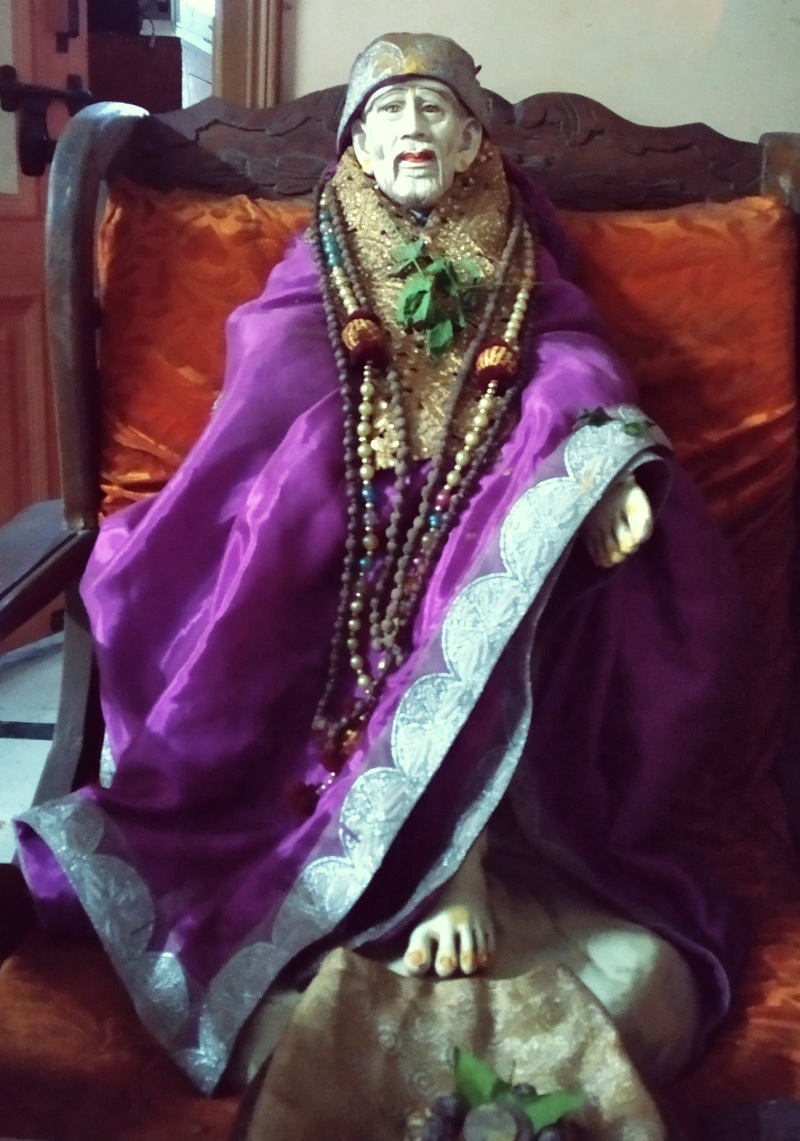 The aunt about whom I wrote in previous article is no more. But now, since my Father is the only brother who lives in Coimbatore, some rowdies who occupied small rooms near house are bothering us. I believe Saibaba will protect our family and secure our Grand Father’s house.
I prayed Saibaba that there shouldn’t be any legal issues because our family is peace loving. We don’t desire for wealth but we also can’t give away the house to some rowdies and politicians who are supporting them.

My Father’s couldn’t sleep peacefully due to this problem. I am also waking up too early as I can’t bear that my Father is worried. I believe Sai will do a miracle and help us soon.

Anyway, After many days, I received a mail.

Delirium shared how Saibaba did a miracle in her life

I have been following your blog since 2015.

I had many miraculous sai experiences. I usually don’t like sharing these experiences. Those who believe in Sai would have their own experiences. However, I feel that I should share this one that happened to me in February.

After that incident, all of my doubts faded away. A few days before the incident, I woke up at 4 AM when I smelled smoke.

We live on the second floor. Our apartment has a balcony that faces the road. At our home, we have a lamp (Diya). in the name of Sai, that stayed lighted for 24 hours a day.

Strangely, the smoke was from the Diya. The entire hall was filled with dense oily smoke.

I was surprised, wondering how could a small Diya that was smaller than my palm could create that much smoke.

But I didn’t think much of it.

After two days, I woke up to screams around 4 AM. Still feeling sleepy, I went out to the balcony. There were a lot of people screaming ‘FIRE’.

Since I am nearsighted, I couldn’t see the fire on the first floor. I thought that the fire happened at some other building nearby. But I went back in the room and woke my mother up. I told her to check what was happening.

When she looked down from the balcony, she saw large flames reaching for our balcony. She shouted that there was a fire. We had to run.

I picked up my laptop (source of my earning) and my phone. But I forgot to pick up documents and wallet. We ran downstairs. The stairway was filled with thick smoke. The first floor was burning with flames that reached the side of our balcony. My body froze. Each step that I took felt like it was weighing a ton.

Actually, the fire started at the ground floor shop. We passed right by it, ran to the road. We saw the fire burning everything on the ground floor and the first floor. Our balcony plants and some stuff in the balcony also caught fire.

My mom was scared. I was also feeling heavy. She asked me what would happen. I didn’t know.

“Sai baba is there,” I told her. We have a big Sai baba murti in our house. I don’t know why but I said to her, “Nothing will happen. Sai baba will protect the house.”

Some people were still stuck in the building. They poured water on the wire that caught fire in our balcony from the third floor. By then, the fire brigades arrived. The fire was eventually put out.

However, only our balcony plants and TV wire were burned. The fire couldn’t enter the rooms in our flat.

After that day, I realized that Sai Baba is keeping an umbrella over us. I trust him fully. He’s in our world, living with us, keeping a watch on us, talking to us in his own ways, and he’s our guardian, family, and our guide in this difficult world.

Only faith and perseverance is wanted by him.

Baba is always there with us and our family.

Saibaba is protecting our house.