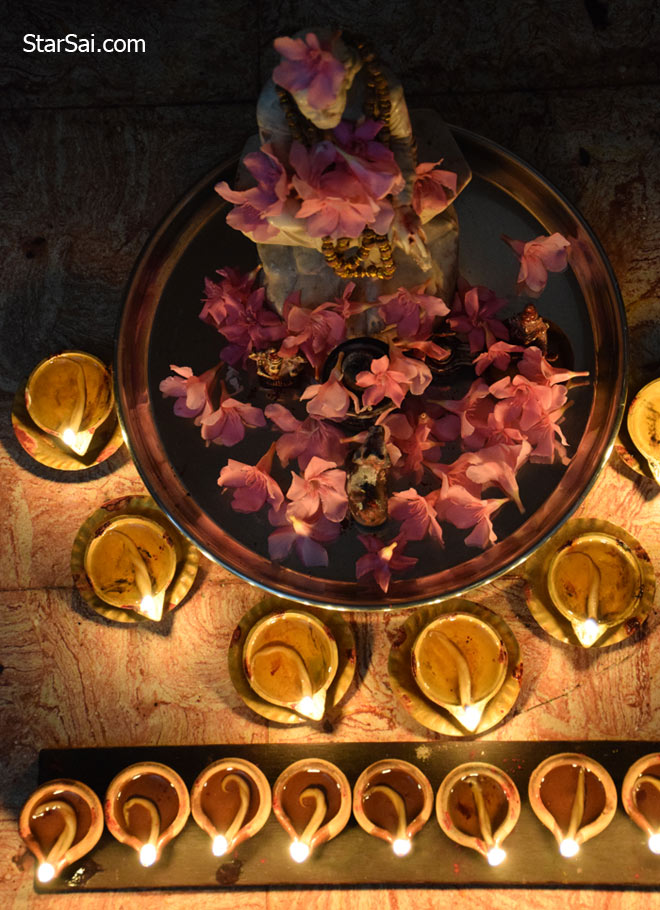 Its been such a long time since I did a pooja at home. I usually do a simple pooja every morning which involves lighting a lamp and offering naivaidhya to Sai and Gods. It takes only 5 minutes for me to do this pooja but very rarely I would feel divine.

These days, you can get everything done for a price. If you spend few thousands, you can even order a pooja online. I am not against it but if you want to feel the divinity deep in your heart and soul, you must try to do pooja by yourself.

3-4 years back, I had a habit of doing various pooja atleast once every 2 month during weekends or any auspicious day. Gradually, I reduced it since my parents felt I am not supposed to be too religious. Seems I will become a saint. he he..

Honestly, there’s a misunderstanding that someone who’s deeply devoted to Sai or Gods will eventually become a saint. Sai never asked anyone to be a saint. He wants us to focus on our duty and live our life happily. Sai did encouraged 2-3 devotees during his lifetime to become a saint but those were special cases.  Further, though I write about these pooja, my perception in life has changed a lot.

I firmly believe that doing something good to people which can change their life positively is more divine than simply expressing our devotion by visiting temples or doing pooja. 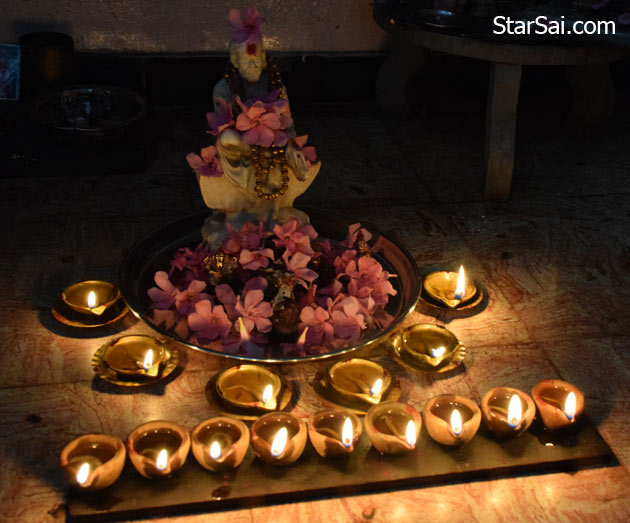 How Sai inspired me to do Rudra Abishek?

When ever Sai shows a girl in dream, if I know name of that girl, I will try to take hints from their name. In Spirituality, there are 16 most powerful element. A person’s name is one amoung them.

Few days back, I saw a girl at work in dream as if she’s giving a pear fruit to me. She’s not a friend of mine. I have not talked much to her. I just know her.  I analyzed a lot and found in ancient days, Kings used to worship a special form of Lakshmi called Rajalakshmi which brings wealth and prosperity not only to him but his entire kingdom. I wrote about it here – Goddess Shri Raja Lakshmi with several Children’s book in her collection blessed me with a fruit

Since Sai blessed me with several dreams about a girl over the past few month, I could not relate her name with any specific God or Goddess as it symbolises “Truth”. Once in a while, when I read Naam smaran, I found her name to appear in Lalitha Sahasranama, Kaali Sahasranama and even some mantra related to Lord Murugan. So I simply pray for her and get satisfied.

Couple of weeks back, I had a very vivid dream in which I saw both this girl and her close friend. Her friend was saying something to me but I can’t hear what she speaks. From that day, I started reading about Rudra form of Lord Shiva. I wanted to do a Pooja for Lord Shiva because I took that dream as a blessing of Sai and Lord Shiva.

This morning, I had another divine dream.

It was as if me and some guys at work are in a ground outside a flat. I see a very big Shiv Ling statue which was just unearthed. Someone tells me, one of this girl to whom I speak once in a while has a temple opposite to her new home and she is going to take that Shiv Ling and do pratishta of the Lord in that temple.

The past 2 weeks, I was trying to understand the meaning of Rudra Abishek ( Abishekam in Tamil is holy bath offered to Gods and Saints). 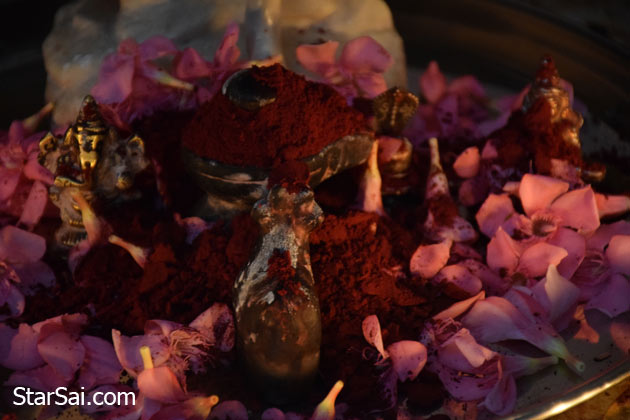 Mahakaleshwar Jyotirlinga is one of the most sacred temples situated in Ujjain, Madhya Pradesh. I have never travelled beyond Mumbai and hence I am fascinated by temples and small towns and villages across India. One of my uncle who visited Mahalaleswat temple told me that one who have visited Ujjain will never have unnatural death ( Akal mruthyu) like accidents etc. Further, Rudra Abishek performed in Mahakaleshwar is very auspicious.

Wish to show you these photographs of Mahakaleshwar temple in Ujjain, Madhya Pradesh. 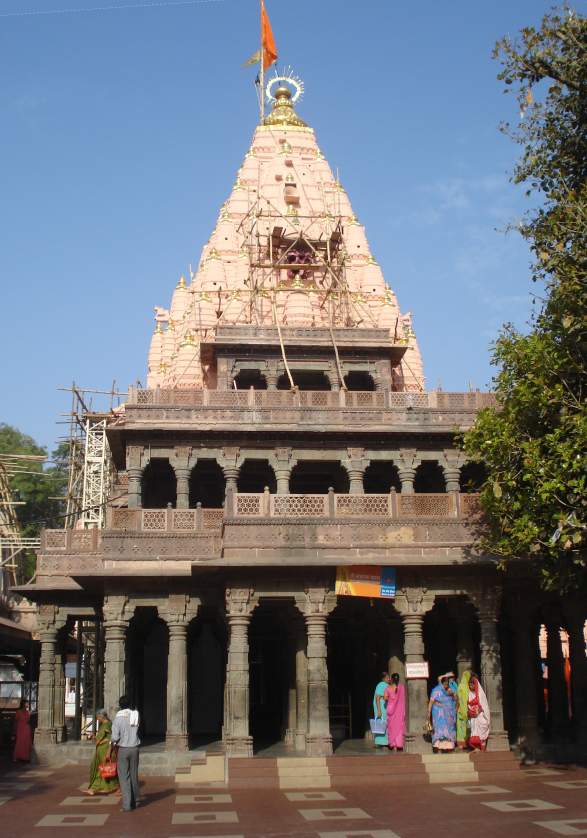 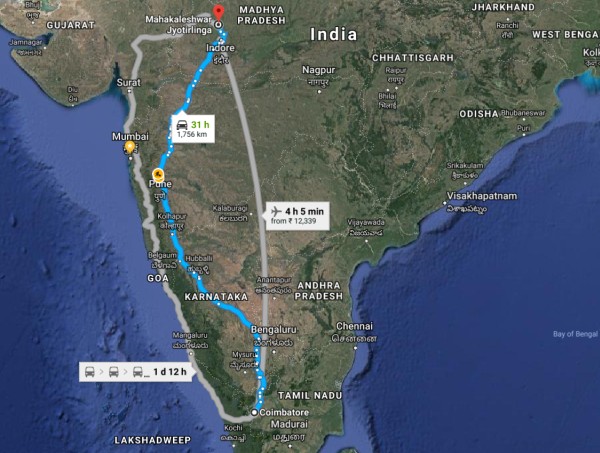 Some say that Lord Rama also did Rudra Abishek to Shiv Ling which he created in Rameshwaram. Lord Shiva was pleased by his devotion and blessed him to win over Ravana and bring his Sita safely.

All these days, I was assuming that Rudra Abishek simply means keeping a Rudraksha over Shiv ling and doing abishek. That’s not right.

The following Mantras are prominently recited during Rudra Abishek

I don’t know neither of the mantra. So I played these mantra in above link and started doing Pooja. I was also chanting Sai’s and Lord Shiva’s name while doing Abishekam. So when the mantra for Lord Shiva is reciting and also offering of Water, Milk, Honey, Sugarcane juice, Ghee, Curd etc.  Each offering during Abishek has benefits of its own like

For wishes to come true,

To get longevity of life,

To be blessed with children and

also to wash away sins.

How I did simple Rudra Abishek in my own way?

What I do is not the right way to do Rudra Abishek. Only priests who are good in reciting sacred Mantra must be able to do proper Rudra Abishek. But as I said earlier, we must do atleast what ever we can by ourselves so that we will realize its value and feel the divinity in us.

I simply did Abishekam to my Shirdi Saibaba Statue, A Ganesha statue, Shiv Ling and an Annapurna statue which my aunt gifted me after her pilgrimage to Kashi.

I happily poured water while remembering Lord Shiva and Sai.

Later, I offered tiny white flowers and another flower which grows in our home.

I never felt divine because I wasn’t reciting the mantra. I just played it on Youtube and did Abishek. When you do such pooja, you will never realize the divinity in your heart.

So I decided to recite Shiva Sahasranama – 1000 names of Lord Shiva.

In 2013, I made Sahasranama.in which has collection of few prominent Sahasranama – Here’s link to Shiva Sahasranama

As all the lamps continued to glow, I started reciting every holy name of Lord Shiva from the Shiva Mahapurana book I have. 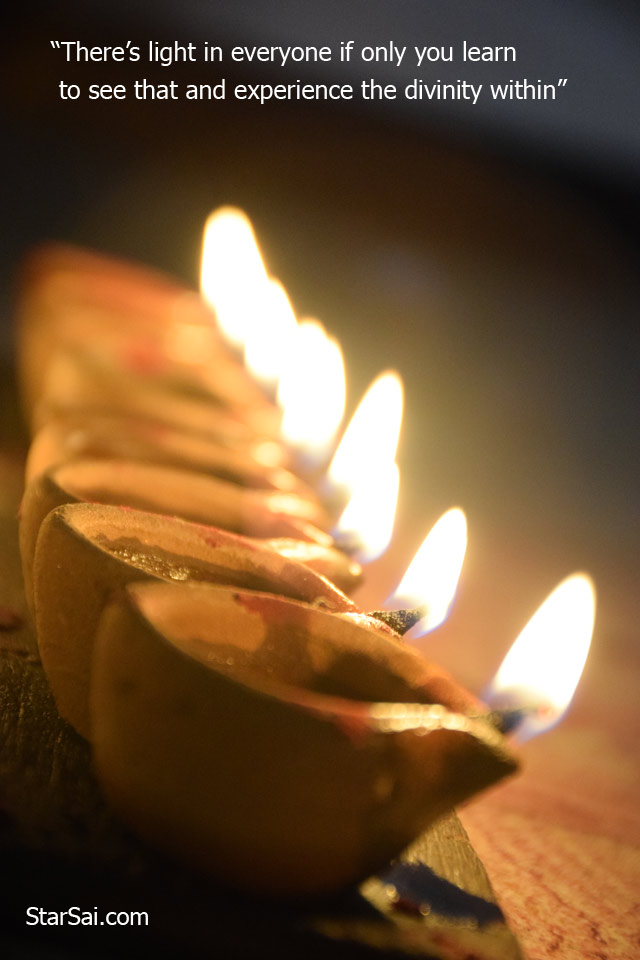 I take  a pinch of Kumkum and offer it to Shiv ling as I recited Shiva Sahasranam. It’s a very easy and simply mantra which anyone who loves Lord Shiva can try. Just that you must have patience for 2-3 hours to do this pooja. As I started reciting the holy names of Sri Shiva, I felt divine in my eyes and my chest. We can’t express this feeling in words. Such divine feeling emerges in my heart only on very rare occasions which I sincerely chant Sai’s name or take time to do such pooja.

Its auspicious to do such pooja early in the morning. I did later in the day. As I completed reciting Shiva Sahasranama, My Ma completed cooking. So I quickly went to kitchen to collect Naivaidhya – Offerings to be kept to Lord Shiva and Sai. My Father asked me to do offering in Banana leaf. So I jumped over the compound wall to our backside neighbour aunt’s home and got Bannana leaf. Then, I offered it and did Aarti.

I felt divine and prayed for my Parents, Sister, Brother in law, Katya, This girl, her friend, and all others who had appeared in my dream and their family.

They say that we must see girls as Goddess but Sai has taught me to take hints from their name and involve in any good activity or do such pooja. Surprisingly, In the later days, I will also be able to connect the dots.There must be some good reason Sai shows me these people in dream.

All I desire is Saibaba must make me an instrument to do lots of good deeds.

Sai….Please show me a way. You know what I am going through.